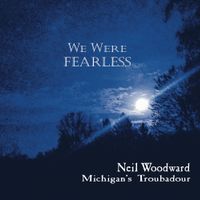 From the recording We Were Fearless

ALTAMONTE SPRINGS -- Joseph Jurewic loved being in the Army.
When Jurewic graduated from high school in Michigan this past summer, he had to choose between the police academy or the Army. He opted for the latter. He planned to be a career Army man.

On Monday, Jurewic, 18, was shot in the chest and killed during a basic-training exercise at Fort
Jackson in South Carolina, one of the Army's largest training bases.

He was to graduate from basic training on Dec. 18. Despite their grief, his family still plans to attend the graduation. "He was so proud that he had accomplished this in his life. I think he would want us [to go]," his father, Edward Jurewic, 49, said from the family's Altamonte Springs home. "My son was very proud to be in the Army. He's actually one of the few people who went to basic training and said it was fun."

Jurewic, a private, was "fatally wounded during training at the Night Infiltration Course" during a "live-fire exercise at the post," the Army told The Associated Press.

Edward and Virginia Jurewic, 41, said their son was accidentally shot, but they don't know much more because the incident is under investigation.

Edward Jurewic said his son and Joseph's twin sister, Nicole, were born at Florida Hospital Orlando and, three years later, the family moved to Michigan. In high school, Jurewic was proficient in tae kwon do, wrestling and rugby. He was part of a group of students who went to grade schools to encourage youngsters to live drug-free lives.

The family moved to Altamonte Springs this summer, and Joe Jurewic left for basic training Oct. 7. He was a member of Company A, 2nd Battalion, 39th Infantry Regiment and was training to work on boats, his father said. "He was very proud of what he was doing," his father said. "As tragic as this is, I don't blame the Army."

Jurewic adored his 7-month-old niece, Raylynn Jurewic. He'd already set up a college fund for the
baby, his parents said. Before he left for basic training, he and his parents talked about the dangers.

The younger Jurewic told them if he did go overseas to fight and was fatally wounded, he would be proud to have served in the Army. "If he did go and anything happened to him, he wanted a full military service," his father said. "My plan is, with the military, is to fulfill that wish for him."

In the bright days of summer we bid our son farewell
In the bleak and early winter, in a southern field he fell
Just a boy of seventeen summers, his life before him lay
Not a tear or a tremble of fear would he betray
Fly away Carolina!
Far across her hills I’d roam
Carry back our gallant son
Home Green fields of home

With the noblest intentions of freedom for us all
Our son gave his selfless answer to his leader’s urgent call
Far away from his home our rambling boy was led
Now his loss is as bitter as the tears his mother shed
Fly away Carolina!
Far across her hills I’d roam
Carry back our gallant son
Home Green fields of home

Now who will claim the value of our sons and daughters fair?
And who will stop this killing? Friends are falling everywhere
When it’s business as usual, and the leader’s empty smile
Says our prayers may not be answered as we cross that final mile
Fly away Carolina!
Far across her hills I’d roam
Carry back our gallant son
Home Green fields of home